I want to write about my journey towards learning 3D software.

I studied filmmaking in university, did a master's in marketing and I have way too many hobbies.

What sparked my wish to learn? 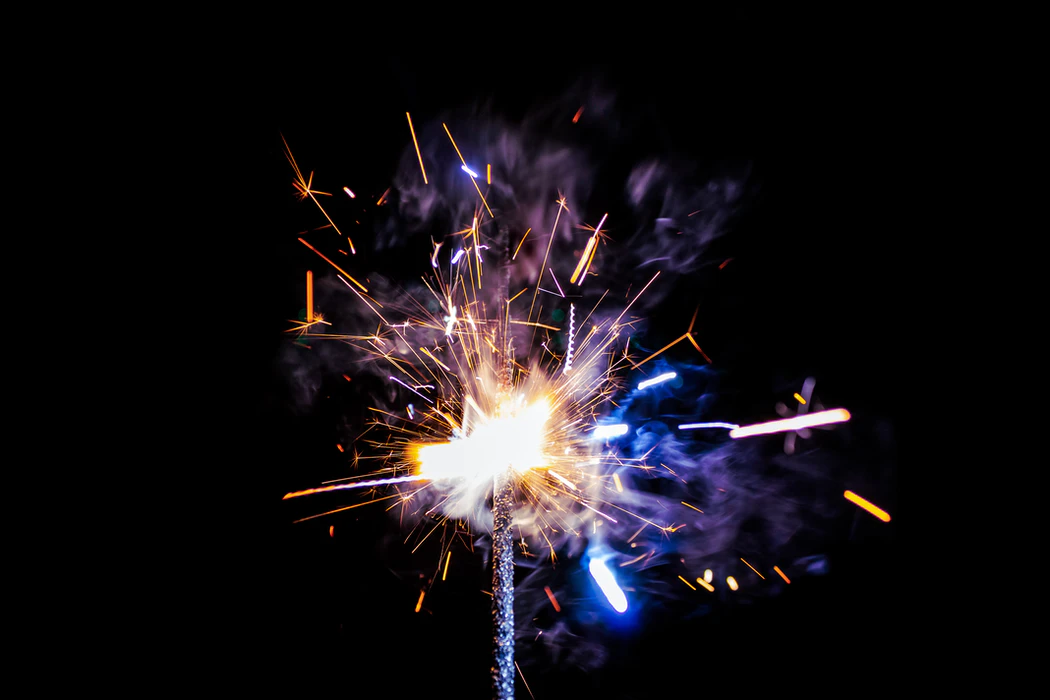 I was watching a YouTube channel called tiny houses with my family. In the middle of an episode there was a creator of tiny houses who was using 3D software to plan out the space of one of the houses.

I thought this was awesome and something I'd like to try out.

I've been interested in 3D modeling in the past, but I decided to go on a different route and learn about 2D animation instead. 2D animation, as much as I love it, I didn't dedicate enough time to learn in properly and I don't seem to always have the drive to draw for hours.

3D on the other hand feels similar to video-editing and programming, which are two things I have experience with. 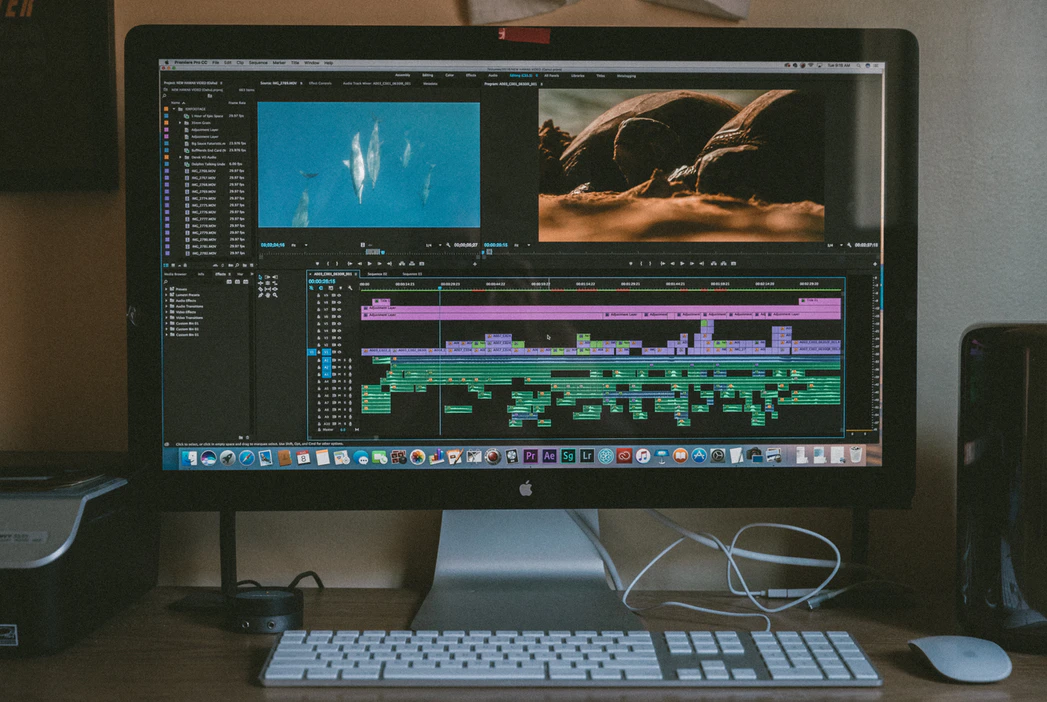 I got started by watching YouTube video's trying to figure out what's the best tool to learn. There are amazing tools, but at the end of the day I decided to go for Blender. 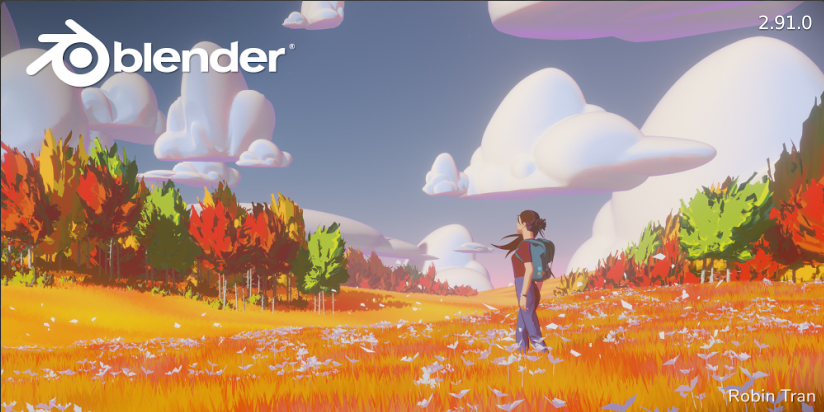 I woke up early, around 6:00am on a Sunday out of excitement. When I get the wish to learn something new, I get this awesome urge to get to it.

Right now I'm about to download blender. I'm on Linux (Manjaro with "Awesome Window Manager") so I can't say how happy I am that blender is free and open source. 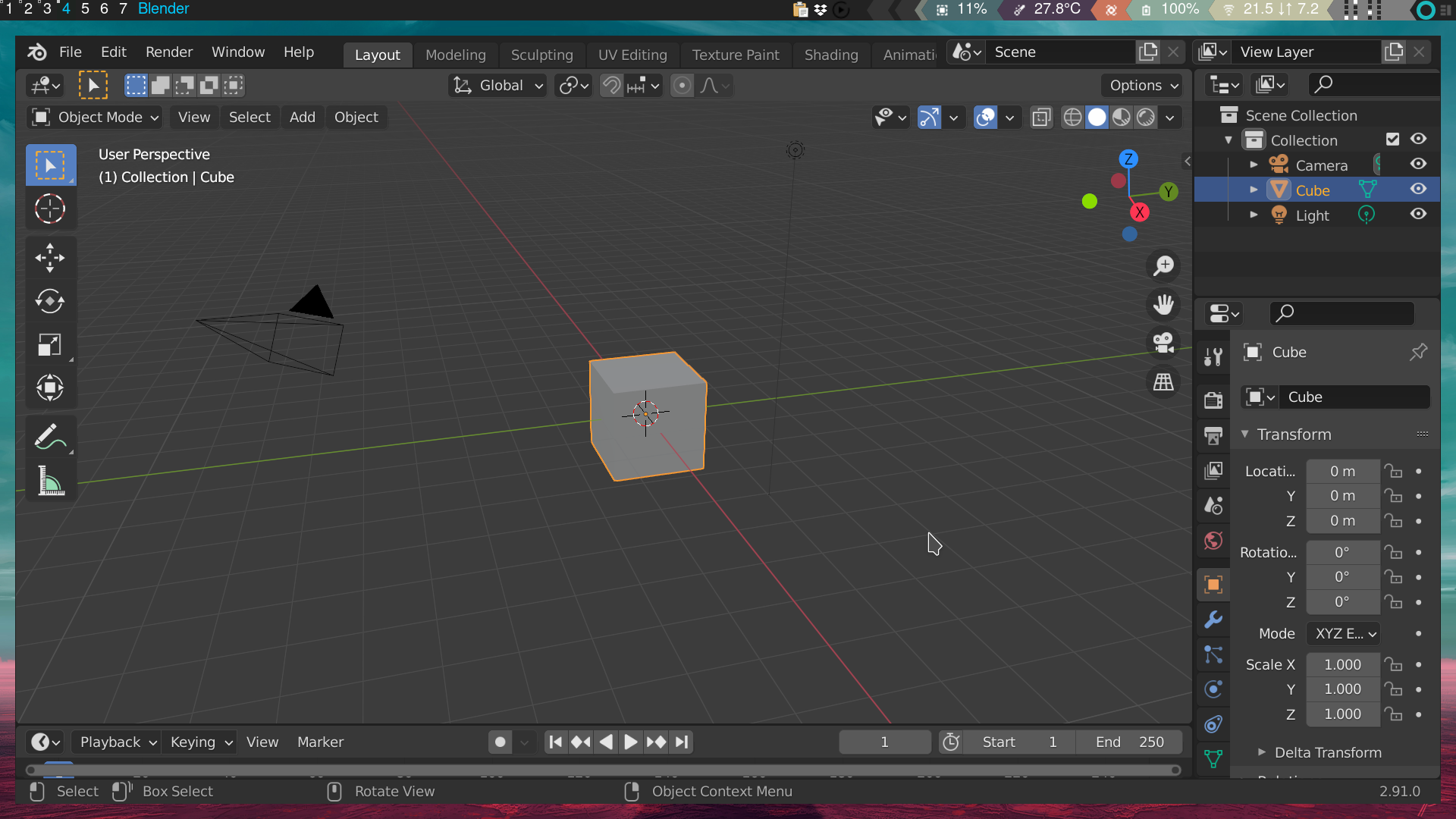 I also found out that one can use a programming language as python to create inside of blender. I'm super excited to learn python for this purpose.

I am also extremely happy to know Blender works great for Linux, the fact that Adobe hates Linux, has made me stop using Adobe and replacing it for other software. This is a shame since Adobe love it or hate it, is amazing, so I've kind of lost the habit of designing cool stuff because of this reason.

I'm also happy to see if I can even use Blender for video editing in Linux, since at the moment I'm looking for good video editing software for Linux (again).

Today I watched Blender Guru, he had some amazing advice for beginners.

I found who the classic YouTuber's are. I even found an awesome podcast where they all talk in a round table (Blender Nest Podcast on YouTube).

Then I got super excited for starting my first project and I found this amazing tutorial series by CG Fast Track.

Can't describe how excited I am to learn from this amazing tutorial.

I started listening to all podcasts by Andrew from Blender Guru.

Downloaded Artstation and started saving some of my favorite artwork in moodboards for inspiration.

I started working on the CG Fast Track tutorial series, it starts with creating a simple MineCraft scene. 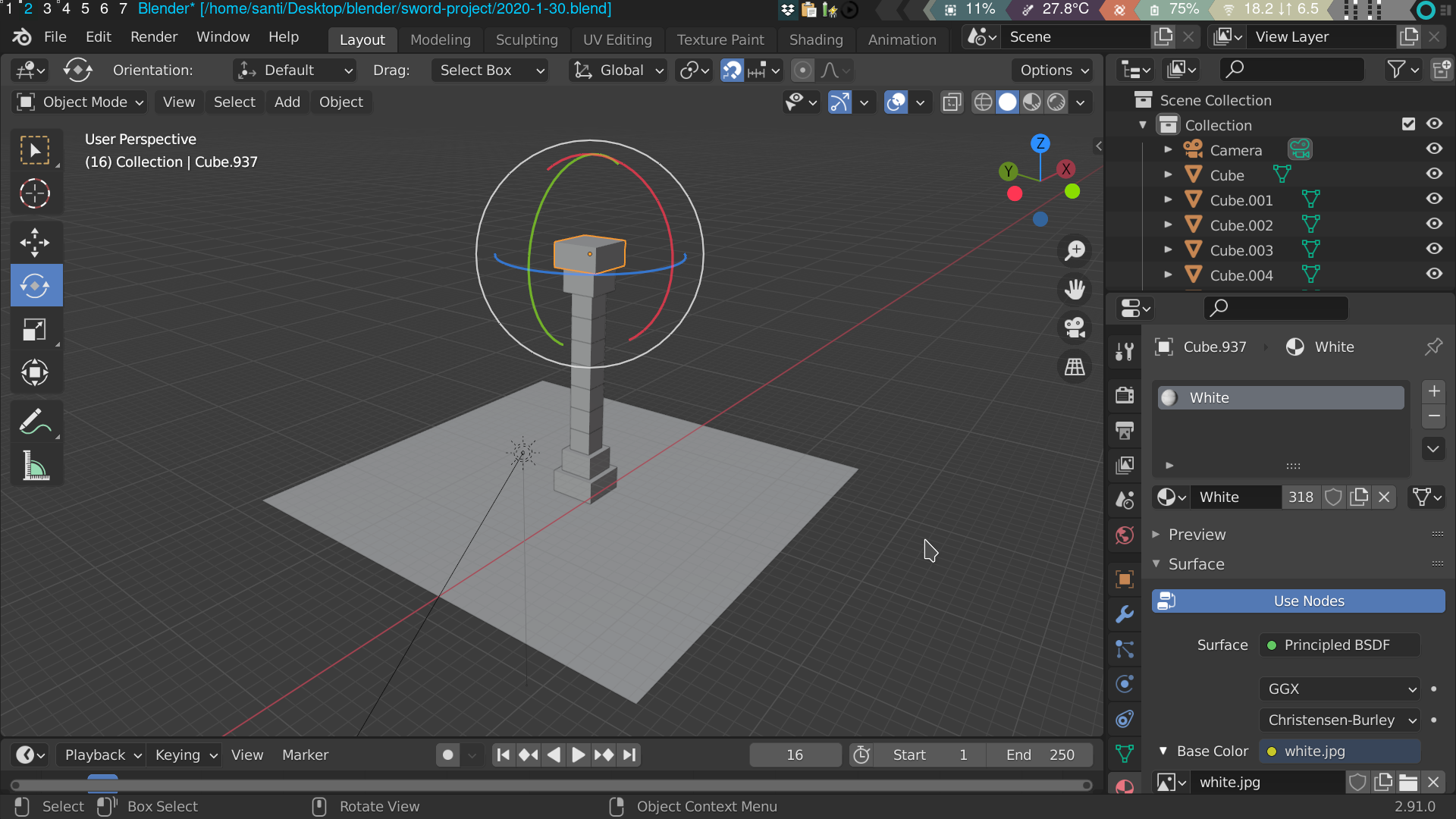 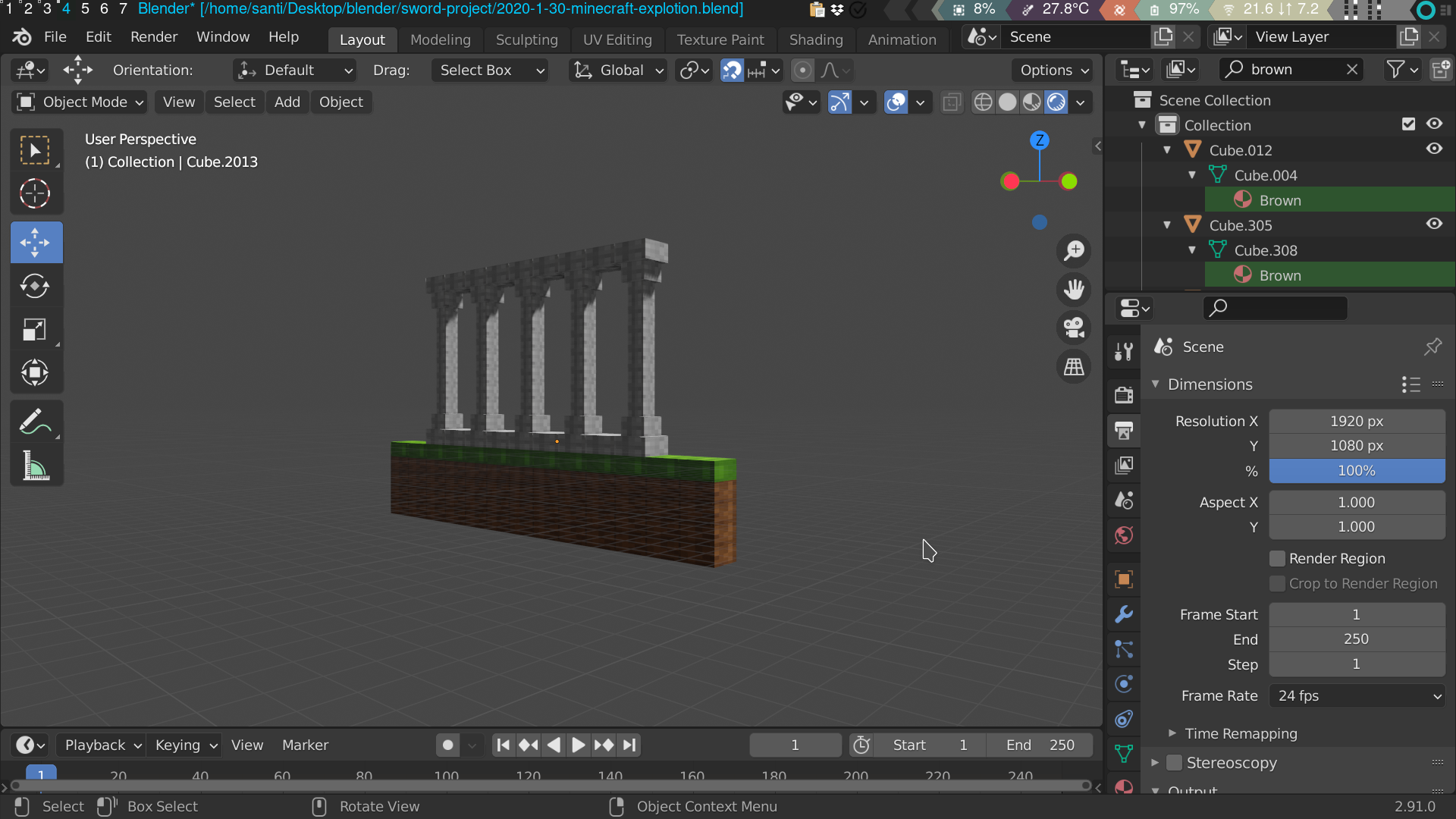 I had to restart my computer, everything went pink.

I continued this amazing tutorial to build a minecraft structure. It took around 4 hours across two days, but I learned a lot from it. 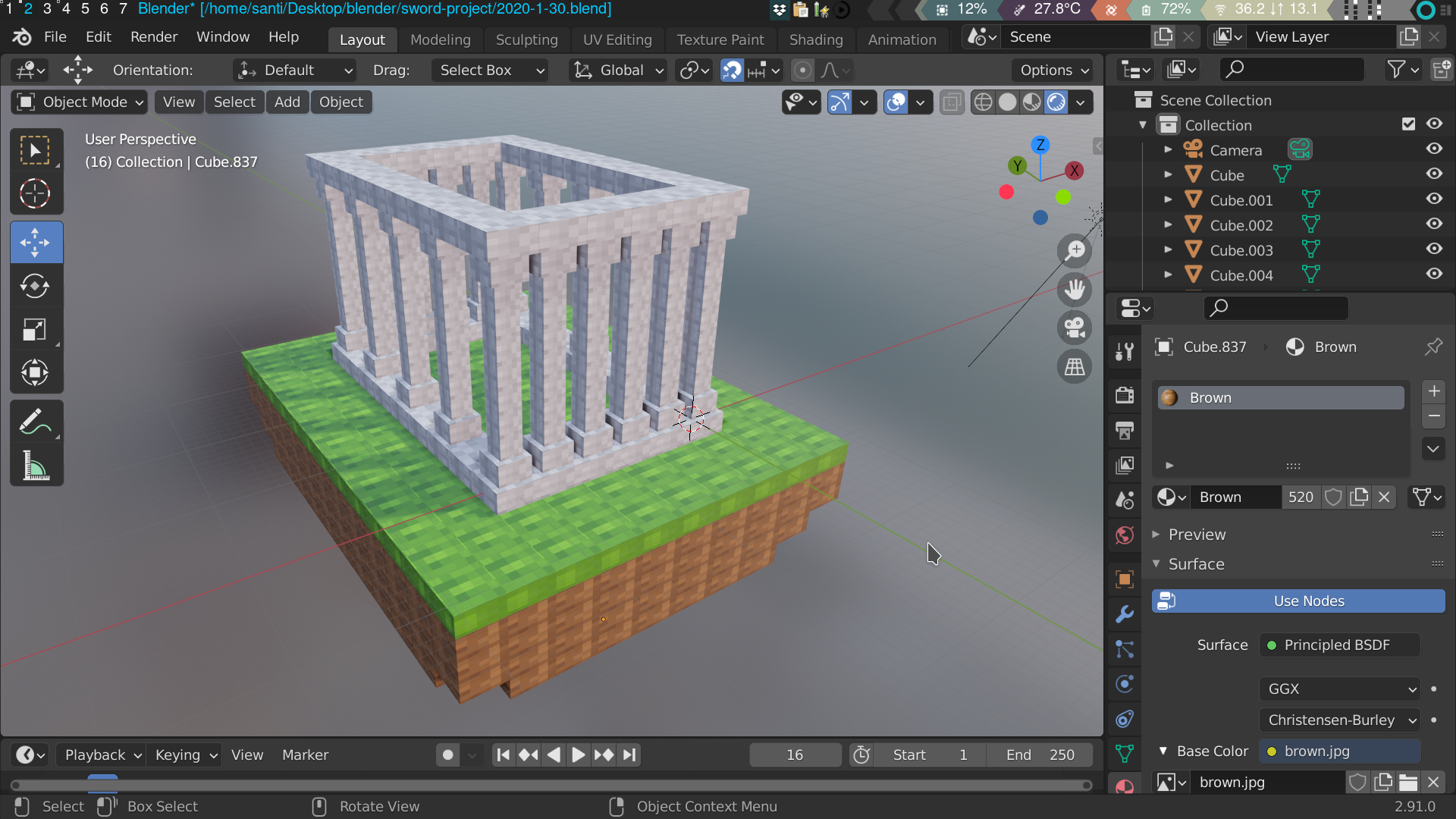 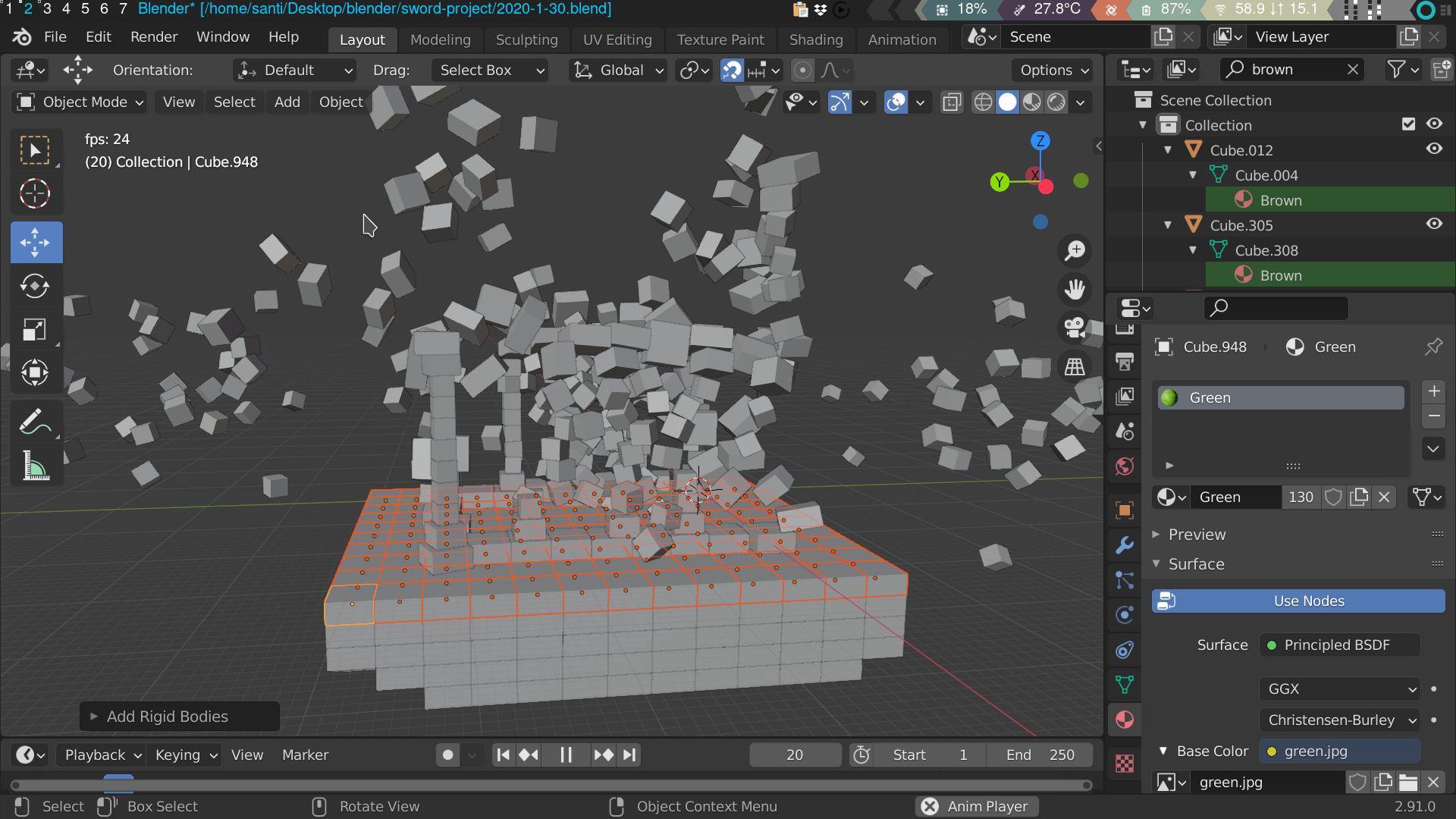 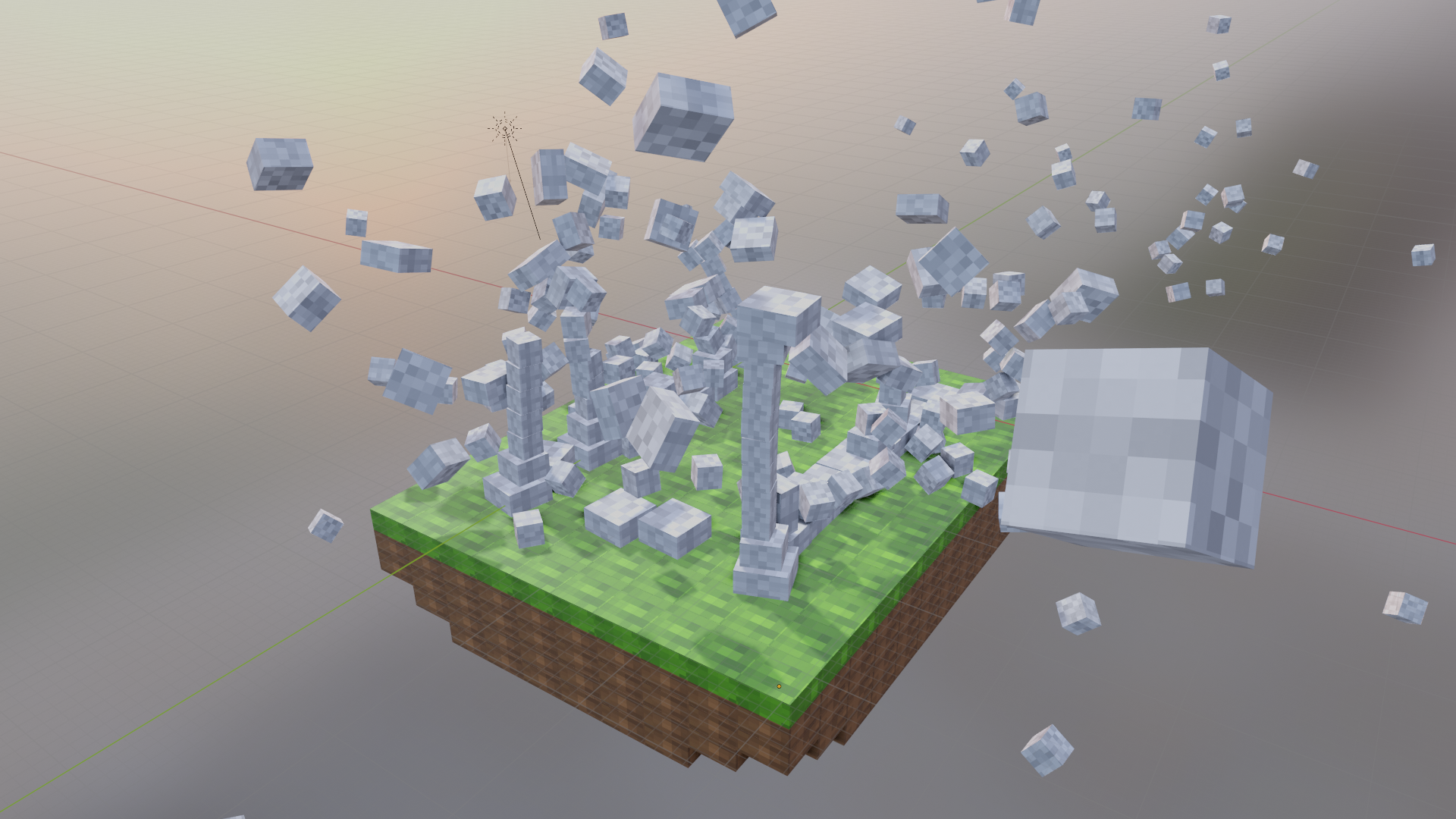 As a continuation to CG Fast Track's tutorial I had to design a gear. 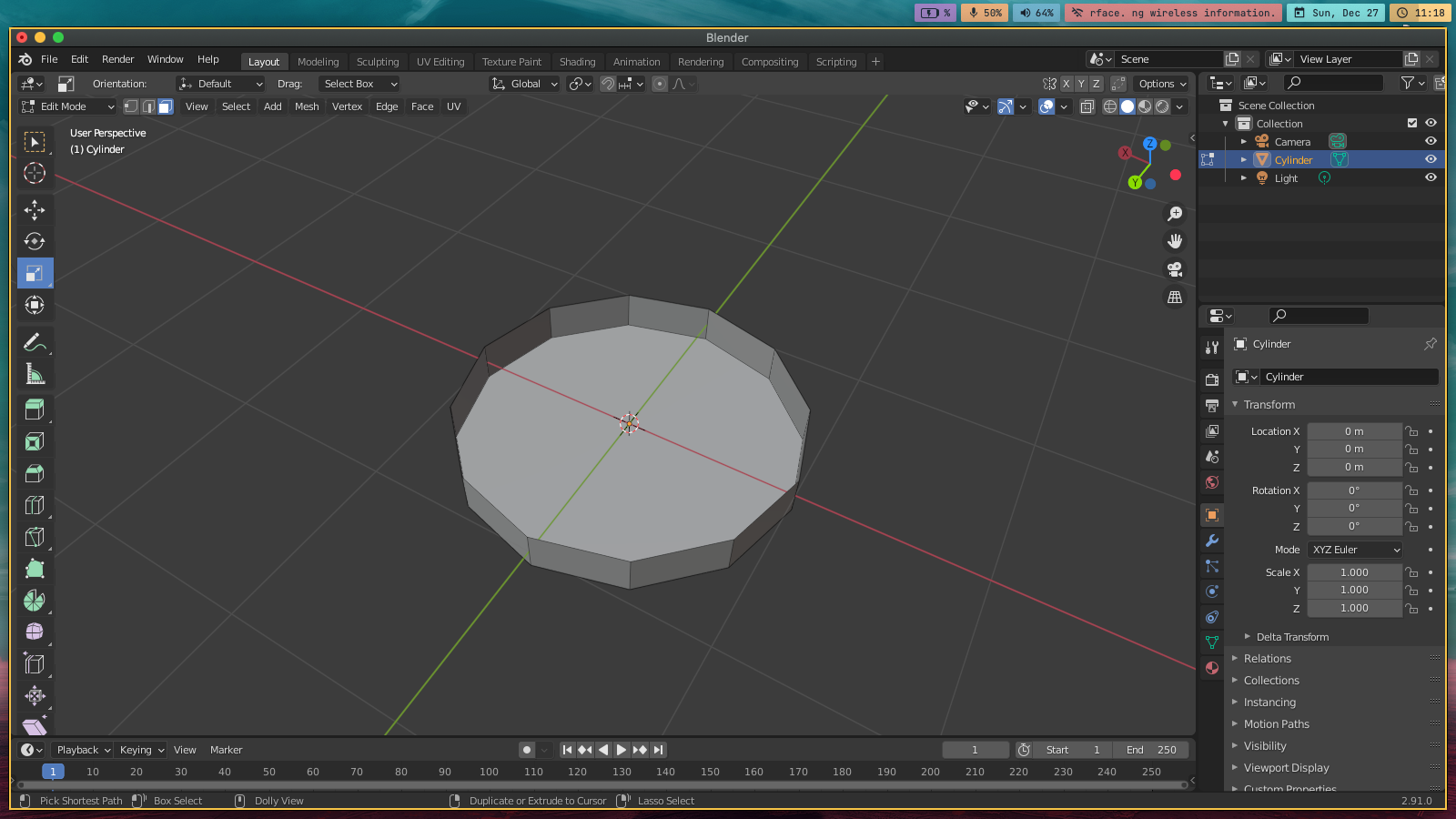 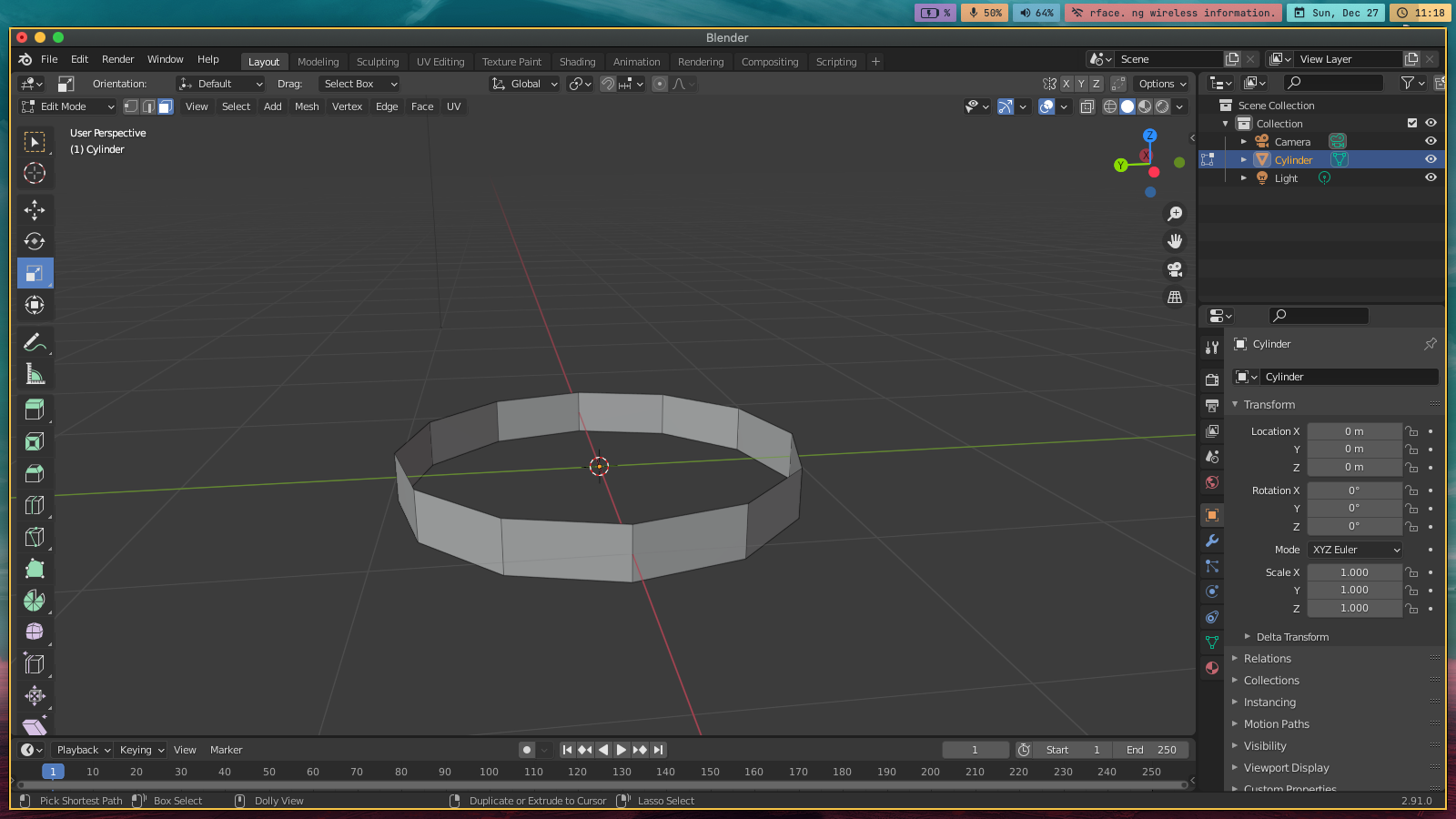 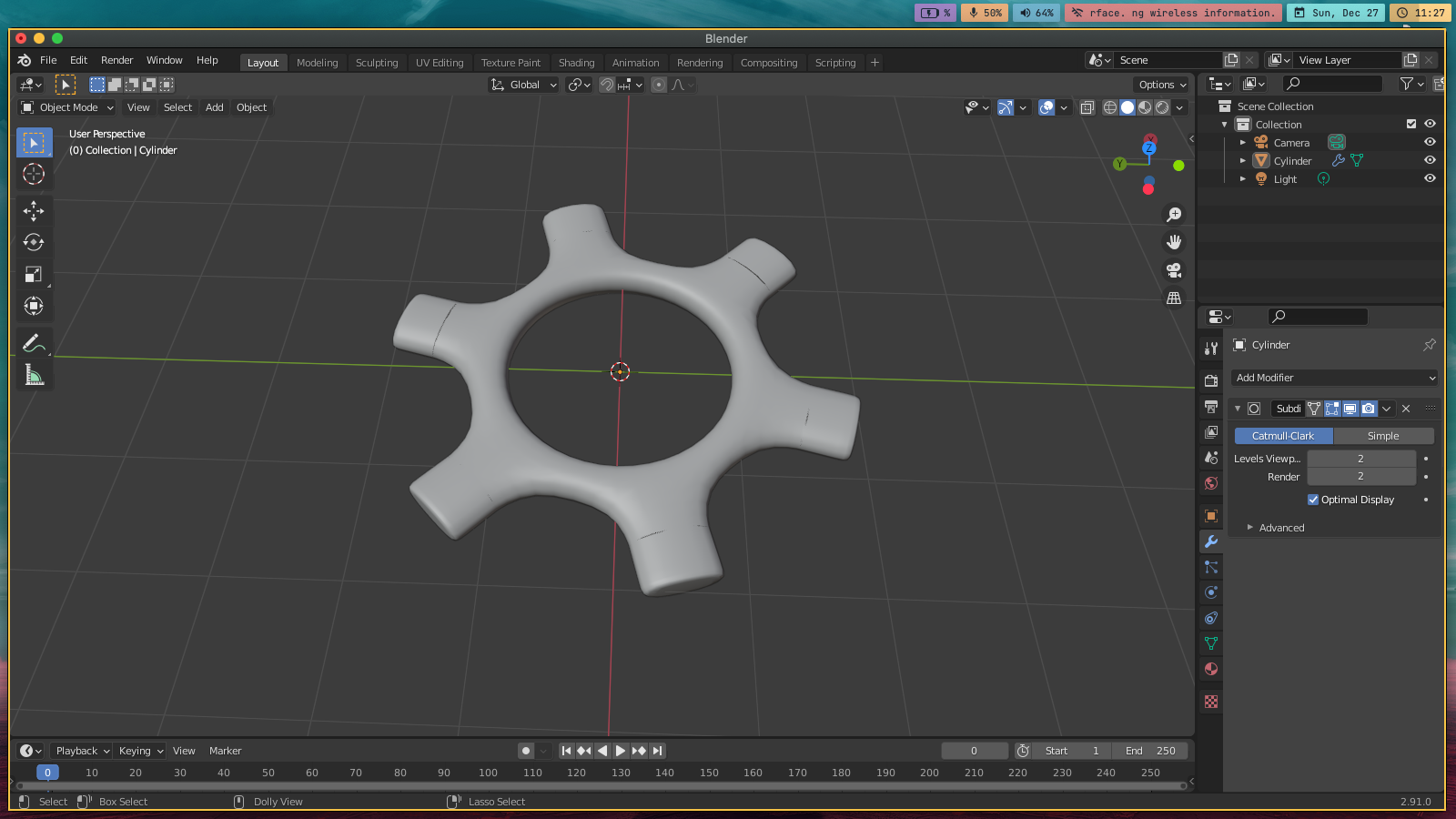 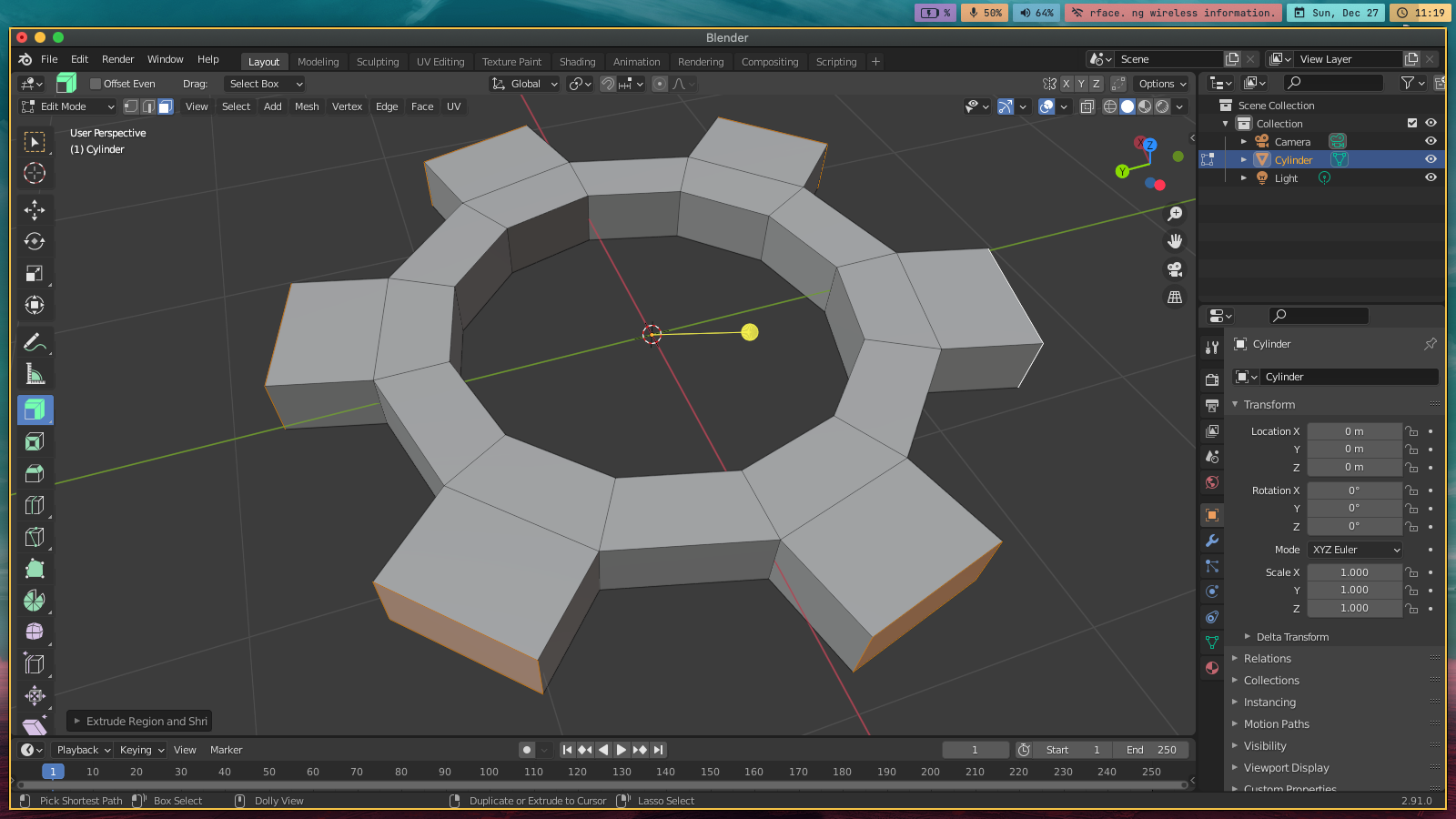 Started working on the rite of passage for every blender 3D artist.

This is the famous donut tutorial, by Blender Guru. 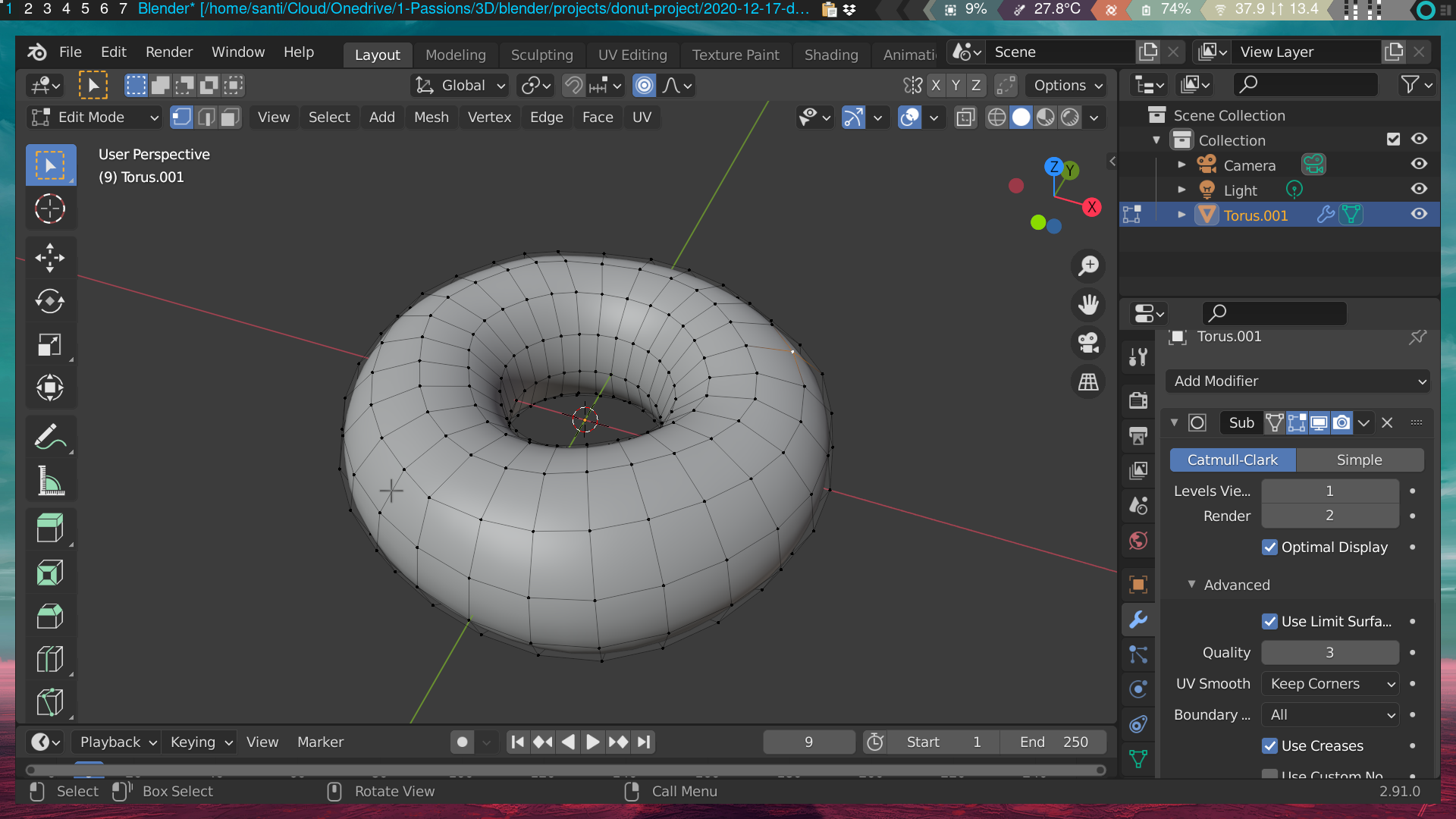 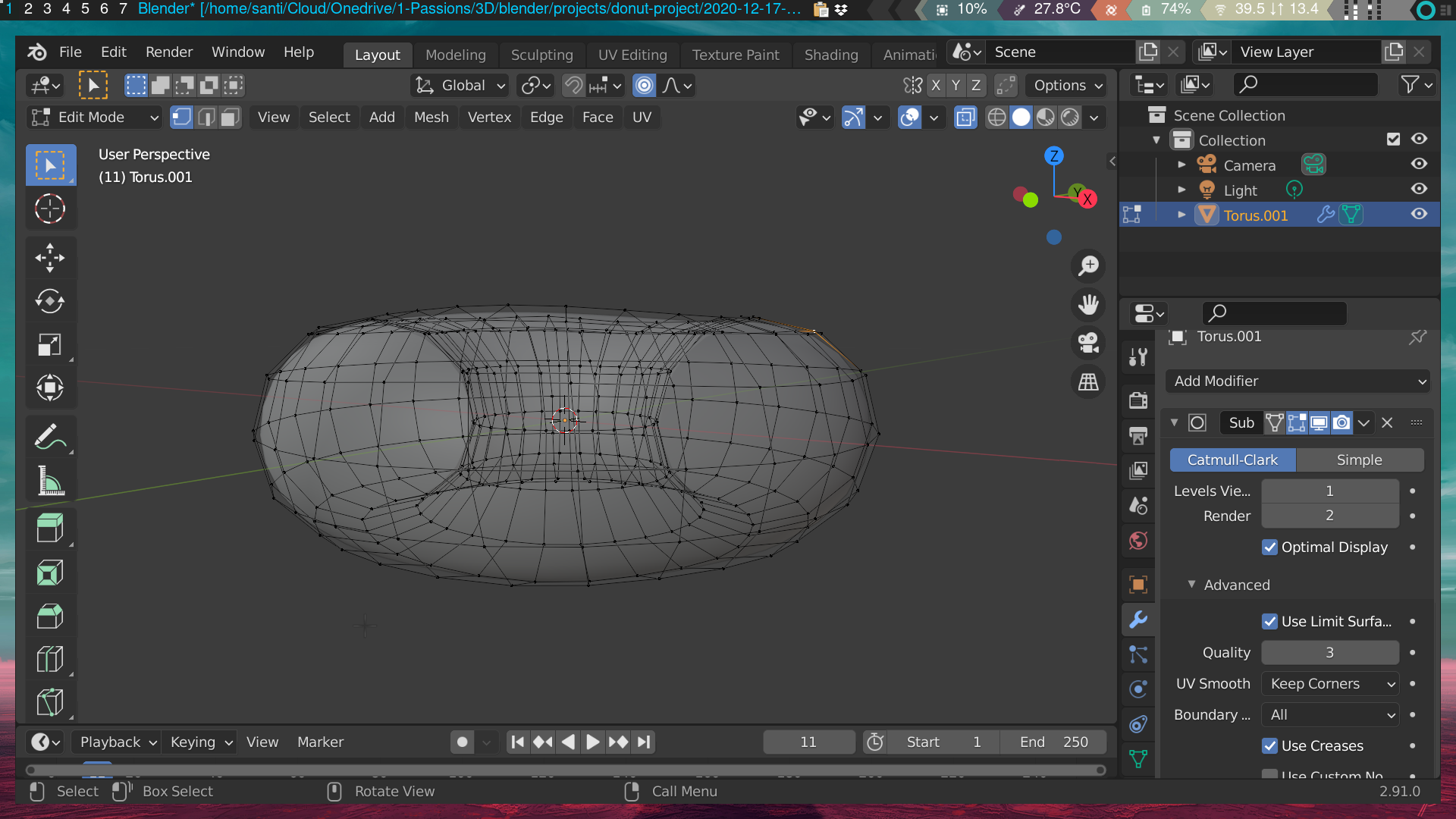 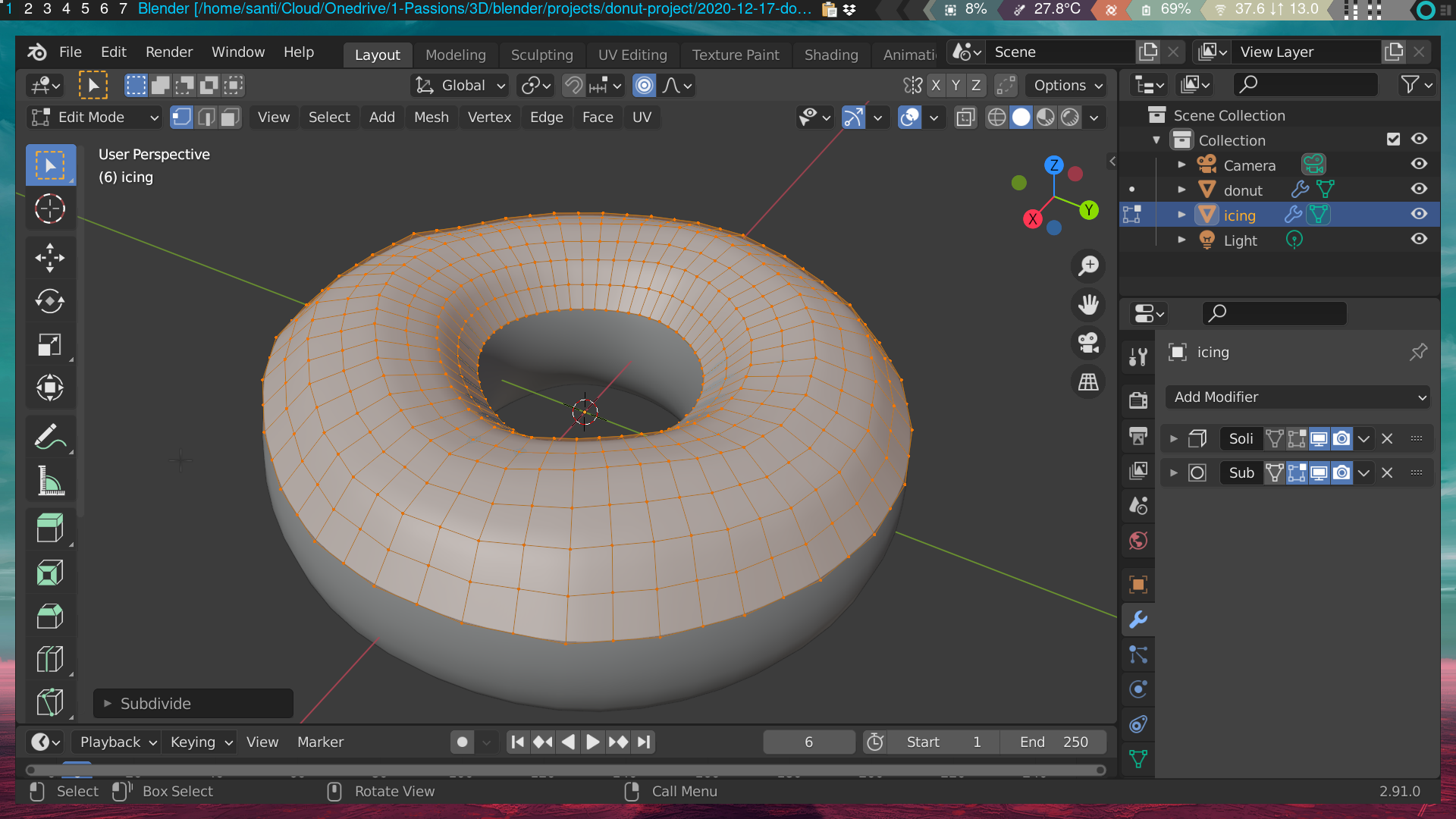 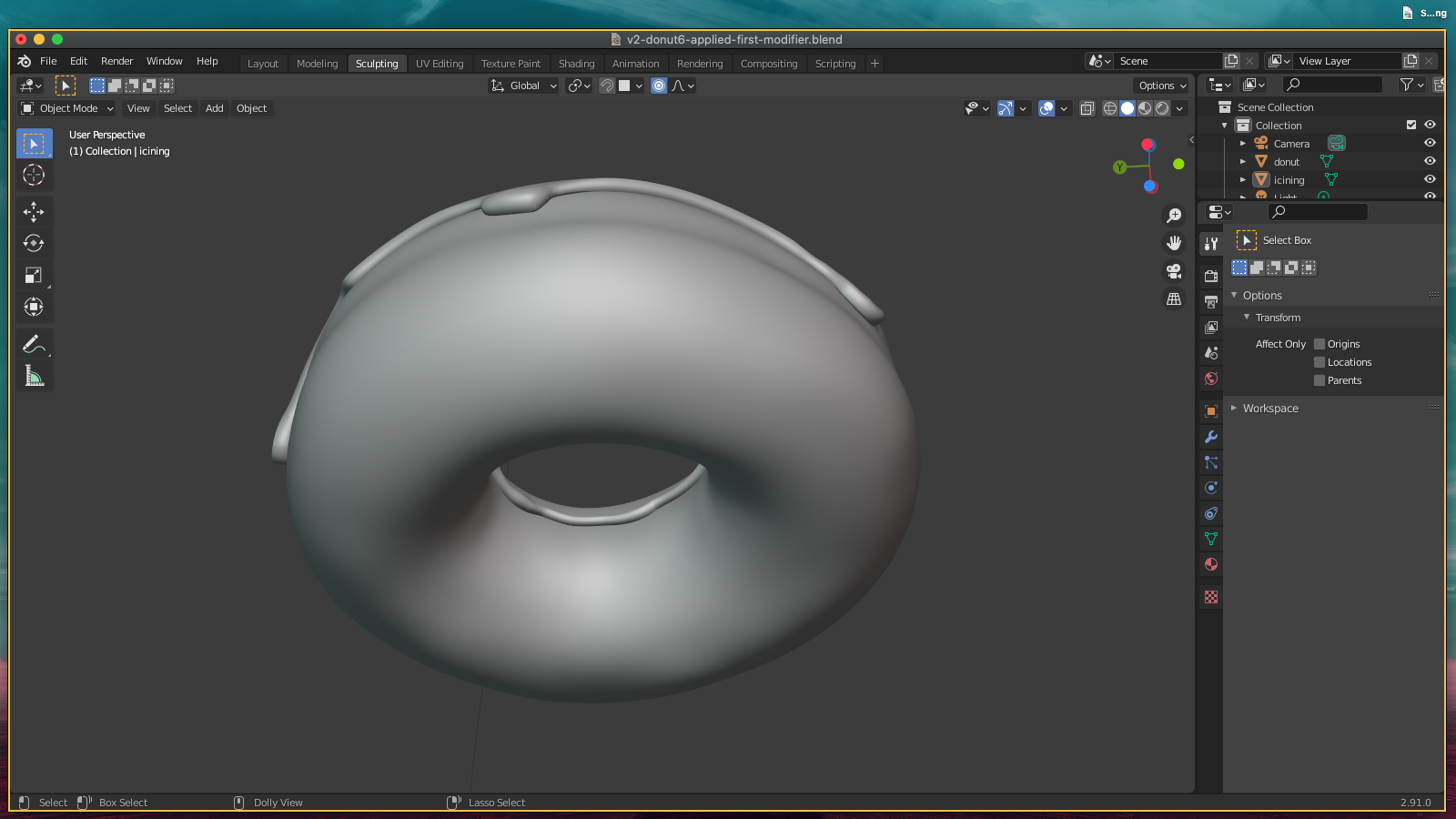 I'm starting to get familiar with some basic concepts. So I started playing around with some original simple concepts.

This were just some tests playing with simple shapes, light and some color. 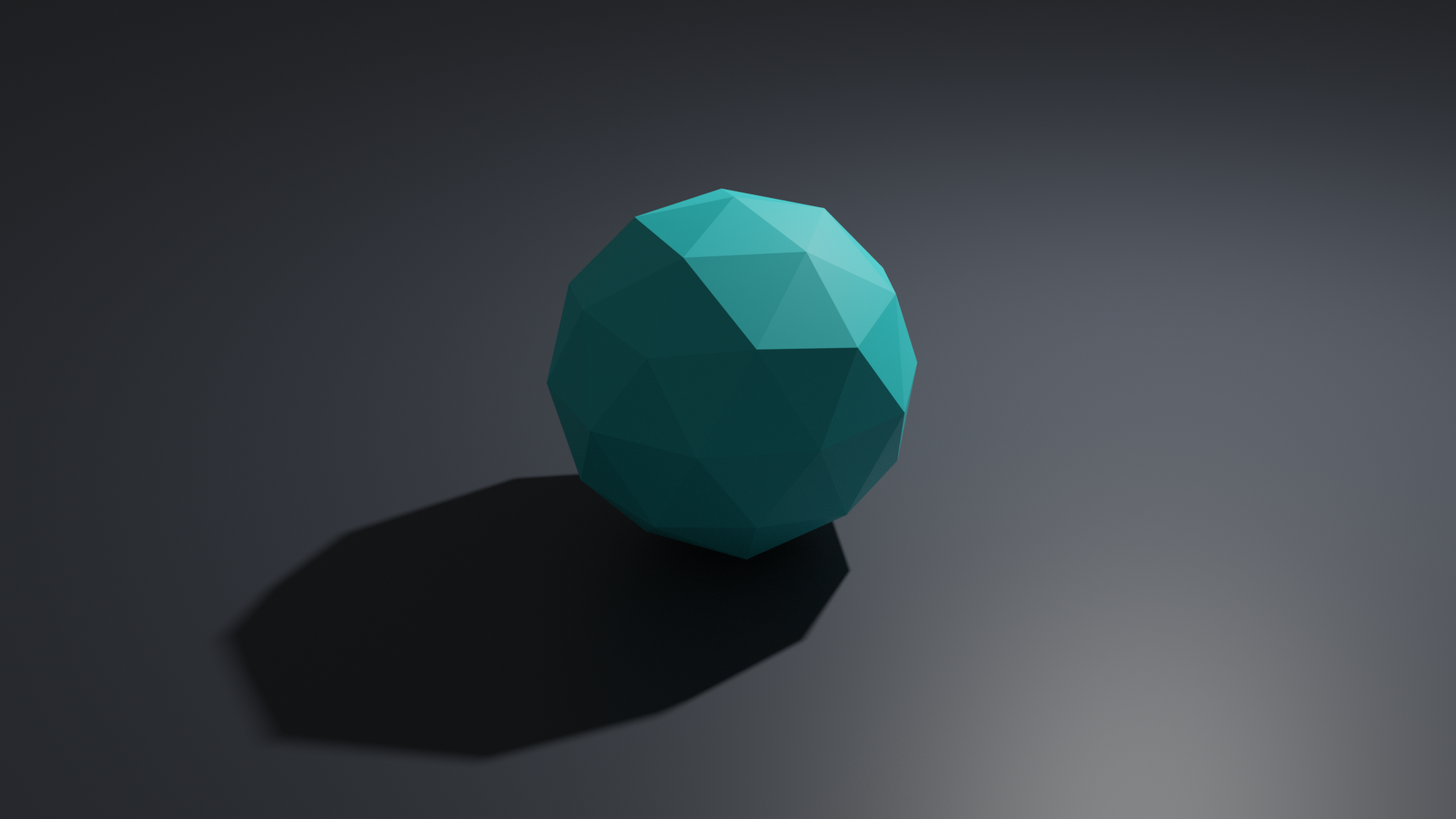 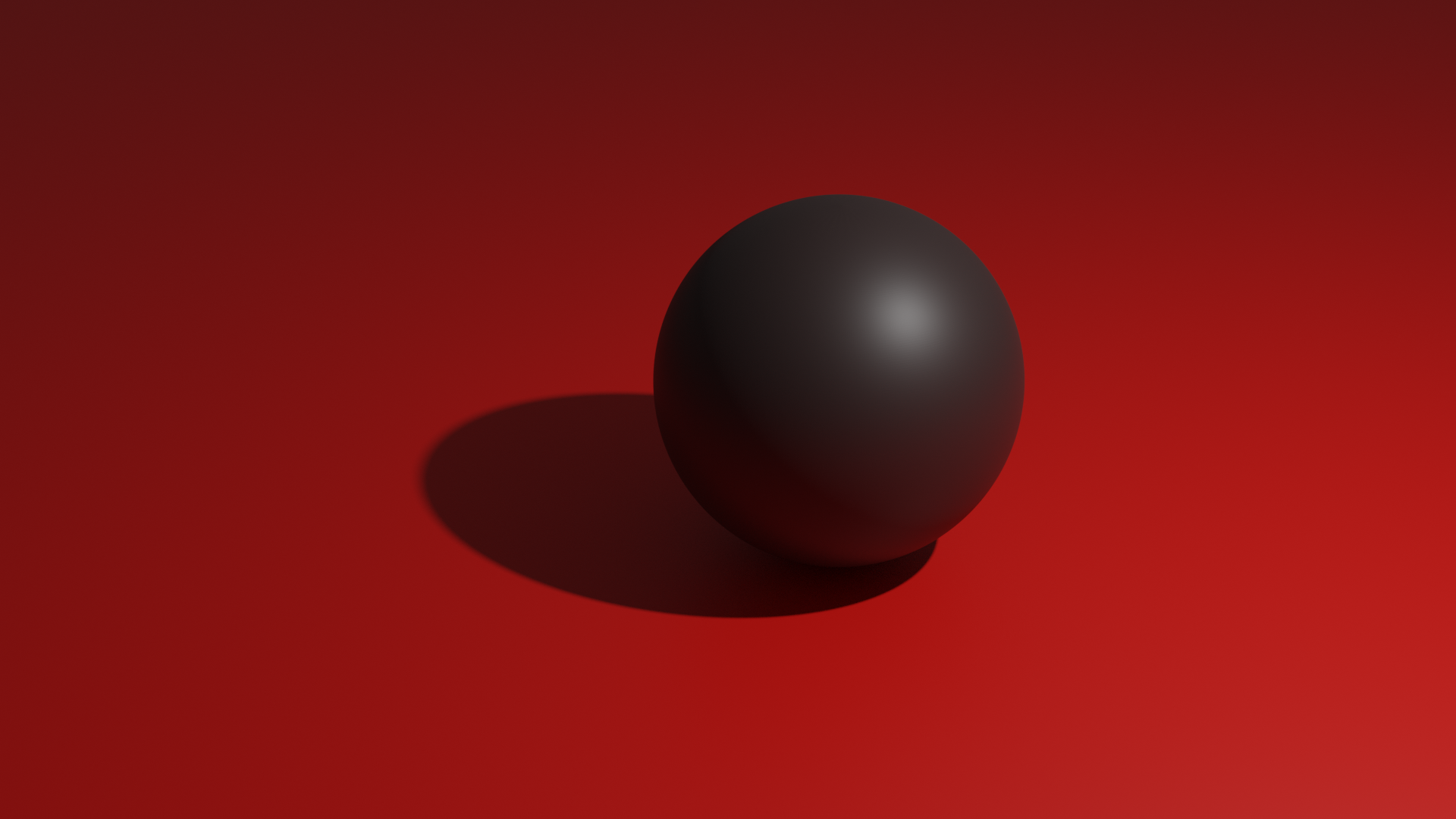 Playing with sculpting some basic shapes 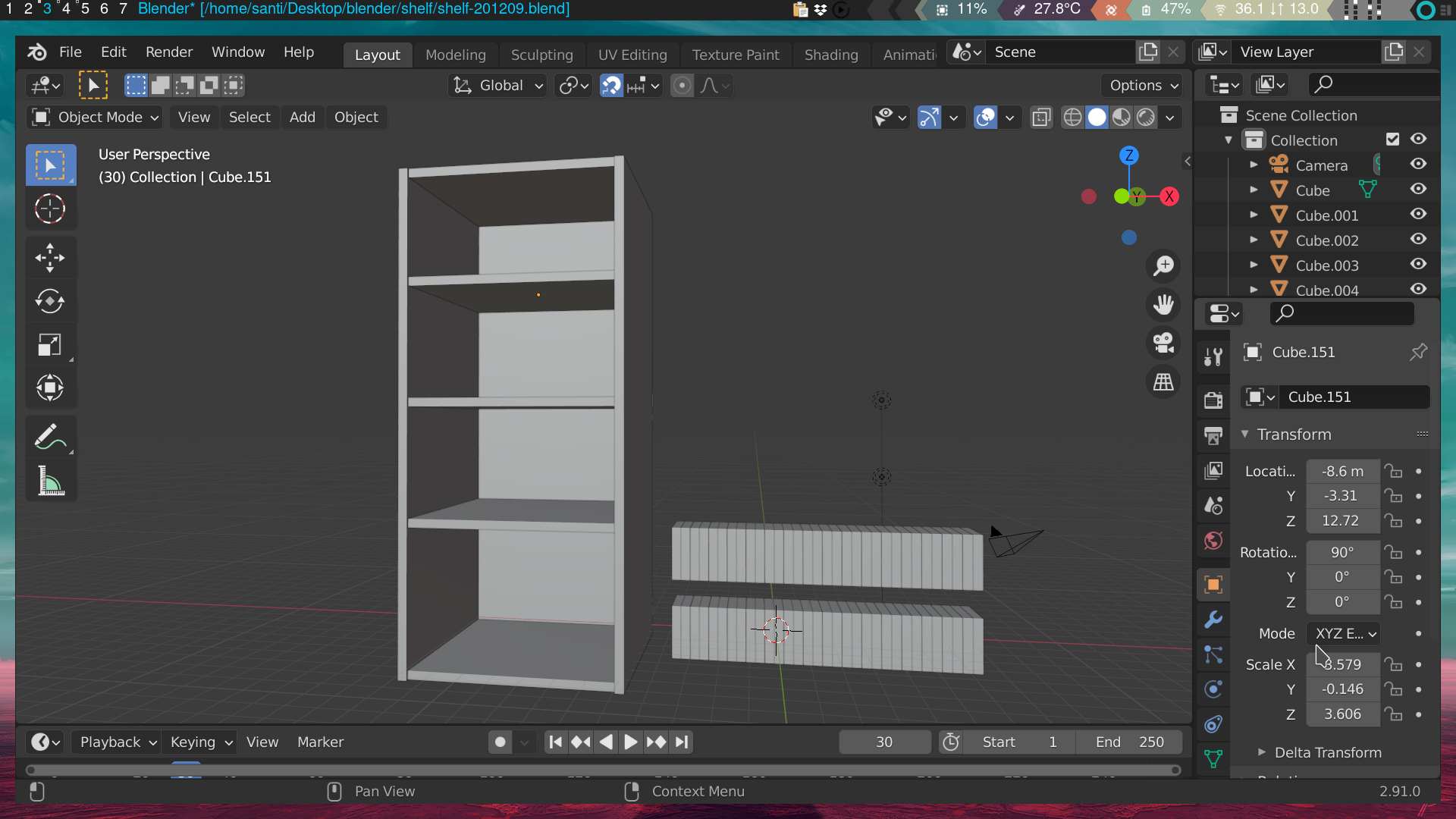 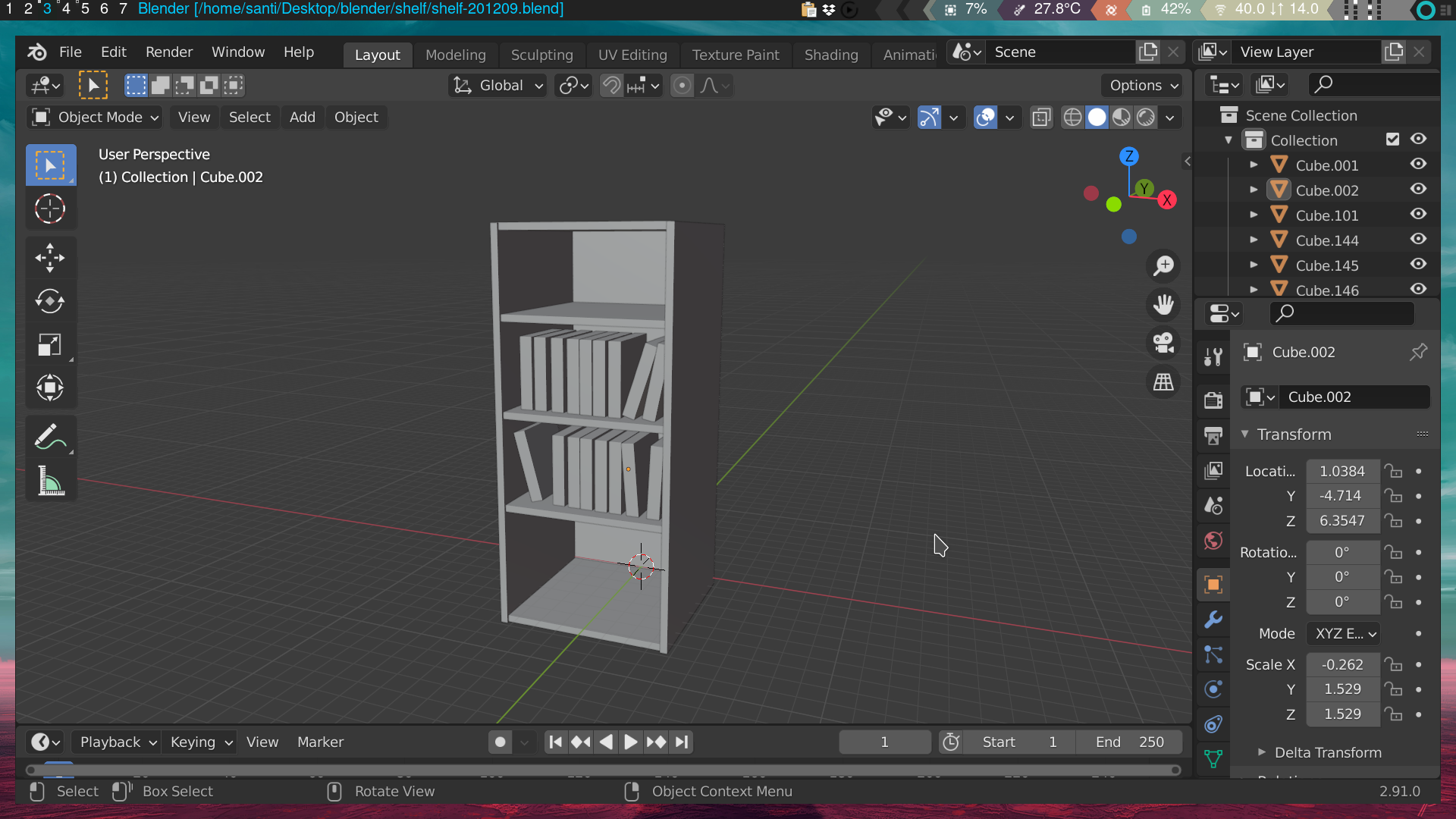 I've been meaning to do create an animated film for a long time now. I finally started.

This is an asset of a spaceship I got (I didn't make the spaceship). I started learning how to create stars for the bacground of the ship. 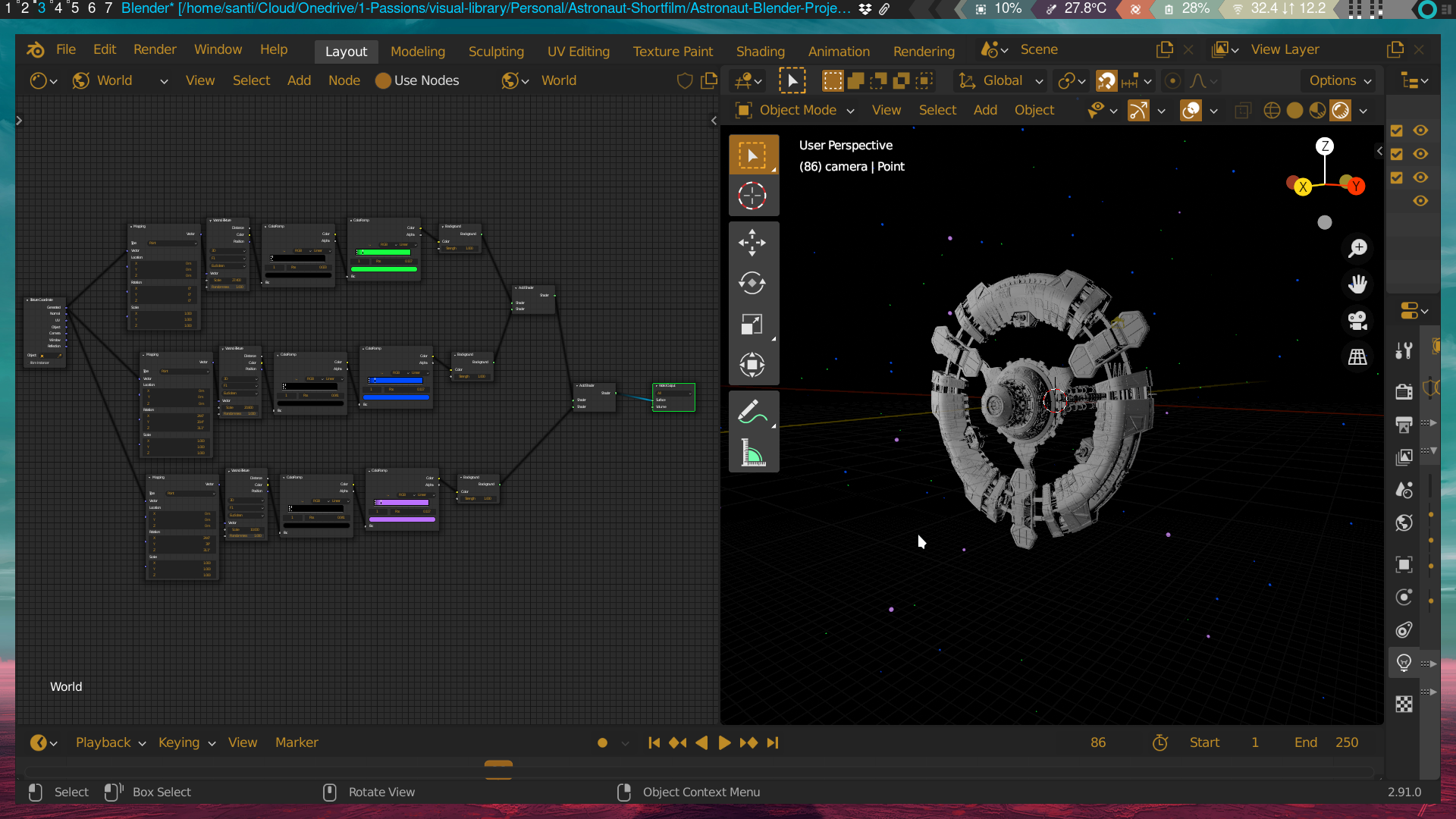 I was doing some random experiments and accidentally generated this shape.

I added some color and dramatic light. 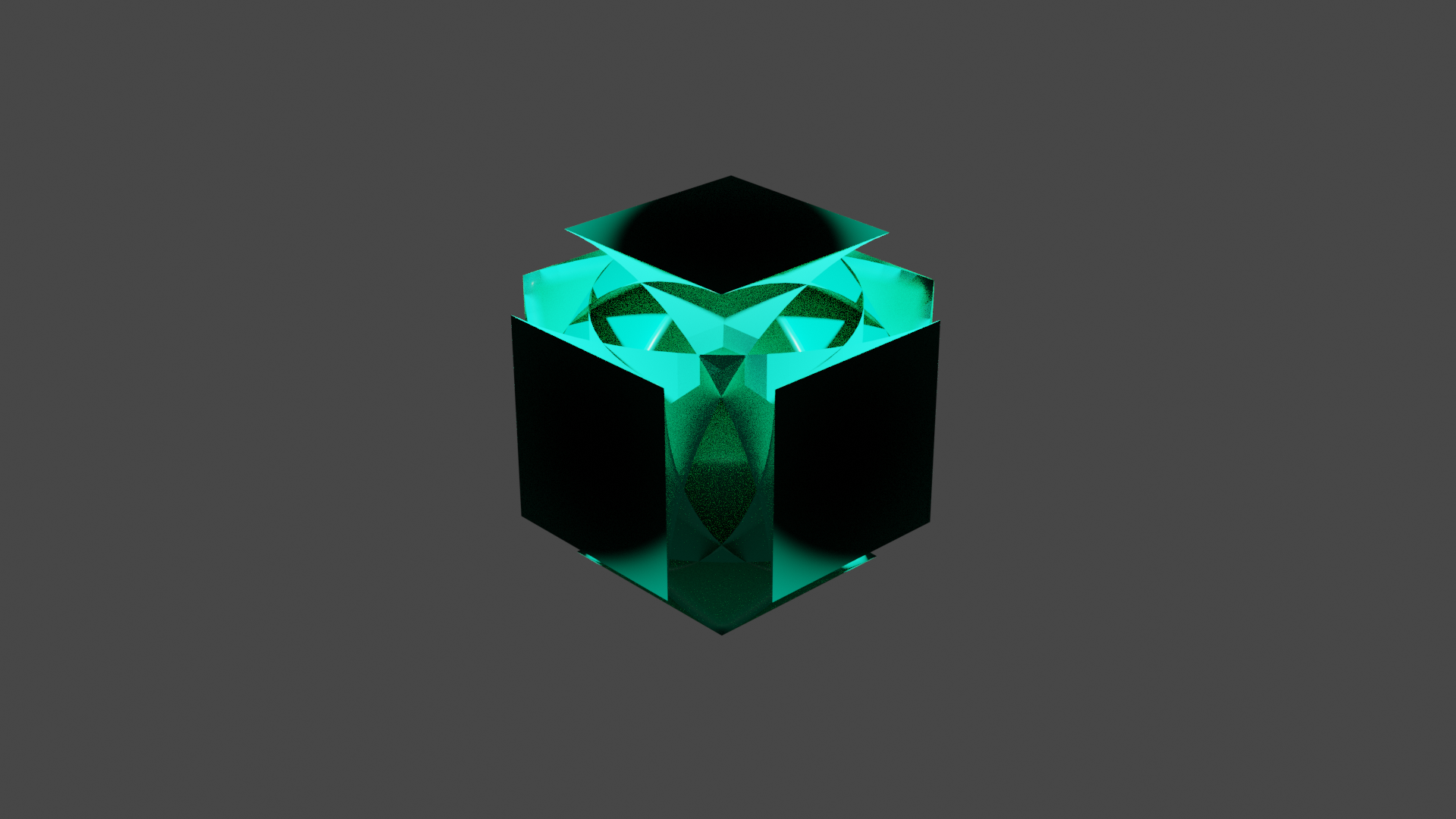 For the past few weeks I've been fascinated by Grease Pencil. An awesome way to draw with a 2D brush in a 3D environment.

This is me vandalizing the default cube testing some concepts from a Grease Pencil tutorial.

So you've been in the Obsidian forum, and now you want to change or access one of the following things: An Obsidian Theme Code Some Cool CSS…

What Is This All About? The purpose of this code is to make headers look like org-mode bullet points, this is inspired by org-bullets for…

Obsidian Publish - Customize Your Notes With A Community Theme

This post is for users of Obsidian who have Obsidian Publish and want to learn how to customize the style of your public notes. Background I…

How To Sync Obsidian With Anki Automatically / Plugin Walkthrough

In this video I break down the process of syncing and creating anki cards from Obsidian, with a great Obsidian Community plugin. Check out…

My Journey Into A Powerful Digital Note-taking System. From Paper to Plain-text

There I was, it was 2017, once again looking for a new app, to organize my ideas. I've been through all the common apps, but all of them…

These is a list of my custom shortcuts for Obsidian. These can be set by going to Obsidian Settings > Hotkeys Opening Sidebars Command…

How Did You Find Obsidian? I found obsidian from a YouTube channel called ‘NotesWithRen’. I was already looking at Roam Research as an…

This page is a list of my favorite music, mostly for purposes of keeping it for myself, but also with the hope for you to discover new music…

Personal Preferences These are some of the settings I've changed to make the most out of Firefox. It started as a personal guide, but I…

How To Add Style Of Your Tags In Obsidian

Timestamp Notes 1:20 Code To Copy From Forum 2:30 Atom Text Editor 4:10 Pasting Code In Your obsidian.css file In this video I show you how…

The Philosophy Behind Cobra Kai / Season 1 & 2

Spoiler alert: There will be spoilers for Season 2 and Season 3. So if you haven't seen both seasons, save this link and come back after…

How To Build A Mindset To Deal With Competition In Business

Competition in business can be extremely frustrating, confusing, tiring and a source of a lot of stress and bad business decision. Whatever…

How To Think About Success, Avoid Frustration And Experience A Joyful Life

Success is such a broad concept, developing a healthy relationship with it requires some personal introspection. We must turn success into…

In this video I made a complete review of my favorite aspects of both Obsidian and Notion. Show Notes Owning Your Data - 1:00 Obsidian…

I was looking into Notion updates at their Notion What's New page, and I discovered an exciting new feature. They even mentioned this…

This is my favorite Brian Johnson video. The fact that he considers Emerson his favorite philosopher is probably the reason why this video…

The Apps I Use To Improve My Workflow

Full Notion Learning (In Order) - YouTube I've gained so much from Watching August Bradley's videos, my knowledge of systems has improved…

How To Add Extension Shortcuts In Chrome

This is a quick screenshot guide to assign shortcuts for your browser extensions. click on the three dots at the top right Go to More Tools…

"Davincism" A Modern Philosophy For People With Various Interest

A New Modern Philosophy I've been playing with an idea for a while. What if I started a movement for a modern school of thought? It would…

Eponymous law refers to a concept that is named after a person, place or thing. Perhaps the most common example is Murphy's Law: "Anything…

I've been obsessed with creating an advanced note-taking system. A system is more than simple notes, it's a knowledge base for connecting…

Why This Challenge? I've decided to do a experiment. I'm doing a 30 day walk challenge. I'll call it "Philosopher's Walk Challenge" "I can…